The technical installation of the ‘Furie’ comprises of a Scottish boiler with two fire boxes, a Triple Expansion steam engine and auxiliary equipment such as pumps, a condenser and a steam turbine to generate power. Boiler and engine were both made in 1916 by Machinefabriek Fulton, part of the Bodewes shipyard where the tug was built.

The boiler, a so-called Scottish fire tube boiler with two fire boxes and a water capacity of 15.000 liter, used to be fired by coal. In 1957 however, she was converted to oil, for which besides two Ray oil burners of American origin, tanks for 37.000 liters of oil where installed. To start firing up the cold boiler, one of the burners is connected to an electric motor. This motor drives a ventilator with a V-snare to produce the necessary airflow in the burner. The oil is injected with the air through the burner and ignited with a torch.

A lot of machinery that requires a lot of maintenance and technical skills .. 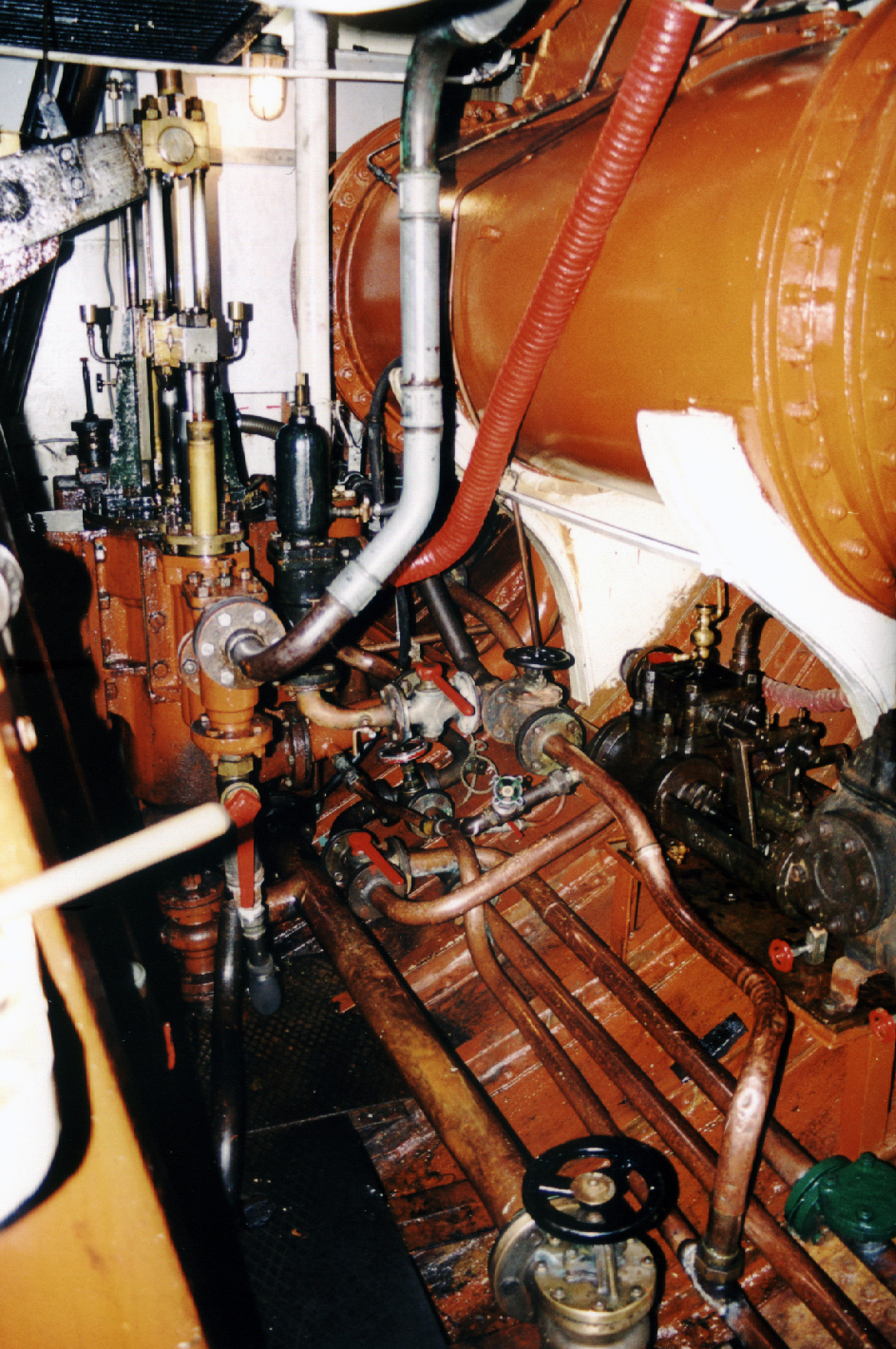